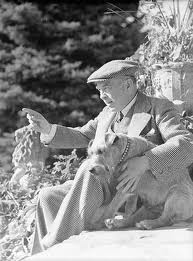 I promise no lamenting about missing the dog.  And we will not hold seances a la the late Canadian Prime Minister who named all three of his Irish Terrier’s Pat and talked to them during seances.