Except we’re old men.
(If you remember the Elvis song.)
At any rate, early rise on Friday, out of the hotel at seven, wheeled
our baggage twenty meters to Central Station.
Then, I kid you not, it was almost a kilometre to the actual platform!  Then an hour to Narita.  They could do it in half but for some reason
(either the tracks, or the route) the Bullet Train goes only about 60kms for
big stretches.  We checked in, glided
through security (not extremely cautious, SS forgot to empty his pockets and no
sensor went off.  For a country with so
many sensors, including no less than six on our last toilet seat, that seemed
out of keeping).  The lounge was pretty
mediocre but they did have a decent coffee machine.  We boarded around ten. 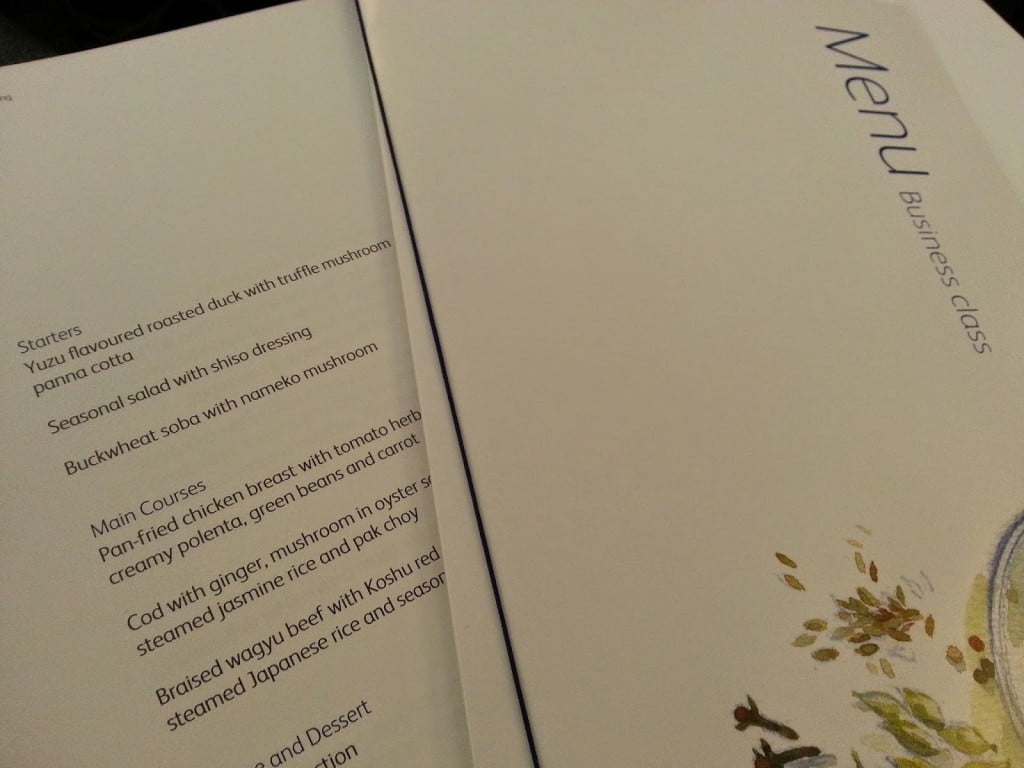 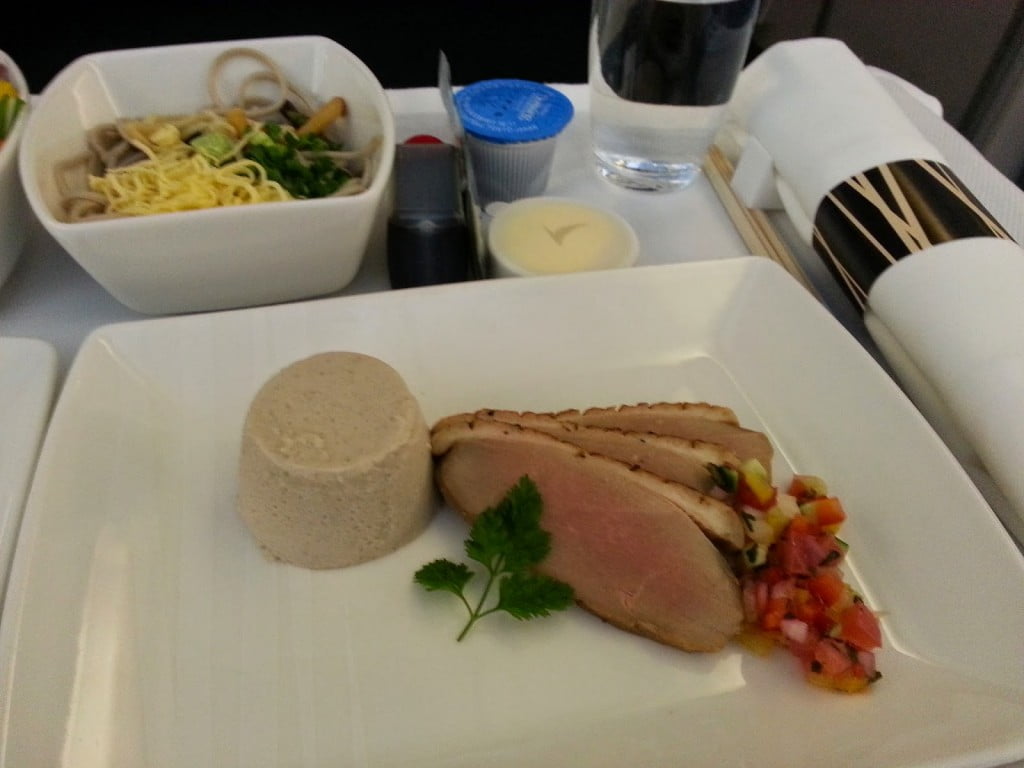 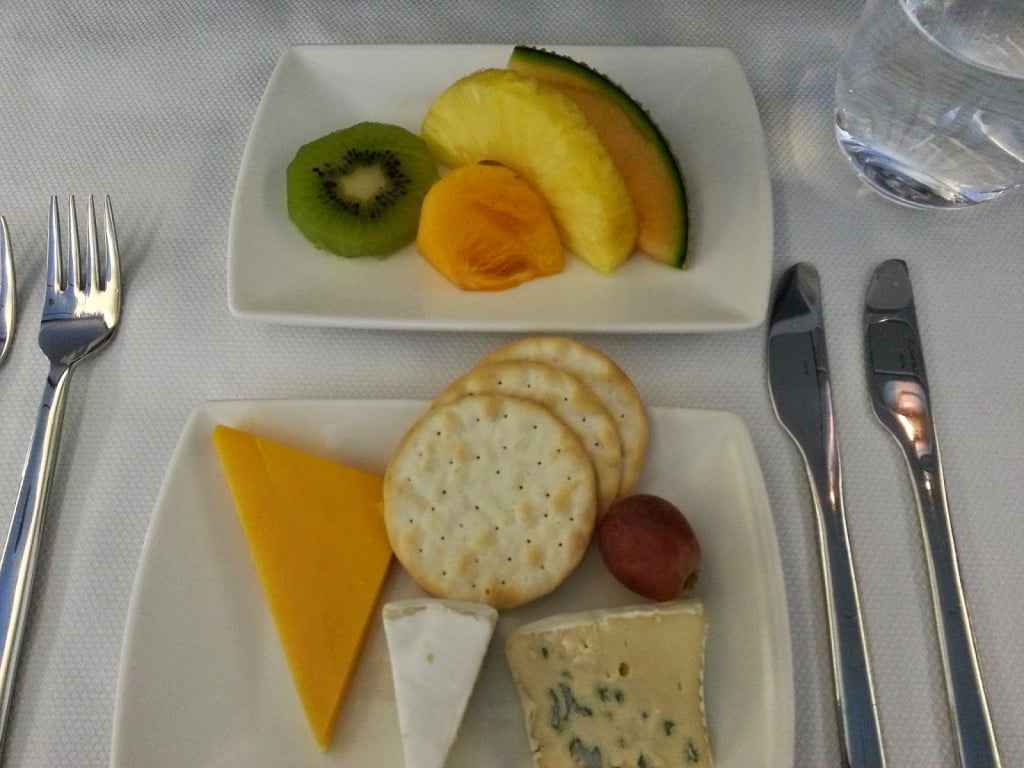 Our flight, although international, was comparable to YVR to
YYZ; about five hours, give or take.  We
flew AC across the Pacific on an elderly 767 but this was a brand spanking new
777-200.  It’s also CP’s “regional” biz
class which boasts “comfortable” spaces and storage within easy reach.  The config was 2-3-2; we had the centre
second row, three seats, middle empty, a pretty common practice in Europe.  No amenity bag, no full recline.  It was much more spacious than what AC offers
on domestic trips and with a much better, larger and clearer AV system, but not
“the best business class in the world” as of Jan 2014 in Skytrax.  Lunch was more than half decent though.  Three cold starters including truffled
mushrooms and soba noodles, a hot entrée (the Wagyu beef paled to the JG Hida
I’d eaten yesterday), a cheese course, fresh fruit, then Hagen Dasz for those
of us who still eat sugar.  Early arrival
at HKG, first off the plane, first through Customs, about third for baggage,
and onto the 24 minute express train to Hong Kong Central.  There we transferred to the local one stop,
then a very short walk, maybe five minutes, to the hotel.  But we were dripping!
It was 25 or so, super humid, very sticky.  It was oozing tropics.  We unpacked then went out for a walk.  Our hotel is on Queen’s Road, the first road
built by the British (back when it was Queen’s Town, before it was Victoria,
before, etc., etc.).  But we are at the
far west end, where it’s narrow and antiquated and teeming with old shops and
industries next door to trendsetting boutiques and of-the-moment restaurants.
We had both been too consumed with work to book our HKG
hotel.  There was a great weekend three
night deal at the #2 hotel on TA, including a late checkout, but we both let it
slide until in the end the offer disappeared.
Then, without a hotel, we were sort of at a loss.  So as a last minute decision we decided to go
the non-hotel route.  Andre Putman, the late
(depending on your taste) great French designer, designed a boutique place here
where you get a wh0le floor (it’s a suite, yes, but the building is narrow and
small).  There are three rooms with one
whole wall of glass.  Small kitchen,
bedroom, large bathroom.  Very nicely
designed and with some great amenities (electric blinds, day and night light
switches, built in appliances, Villeroy and Boch bathroom) but there’s no hotel
amenities, twice daily maid, room service or restaurant, or pool, or anything
like that.  It’s sort of meant for long
stays.  All in, we are pretty satisfied. 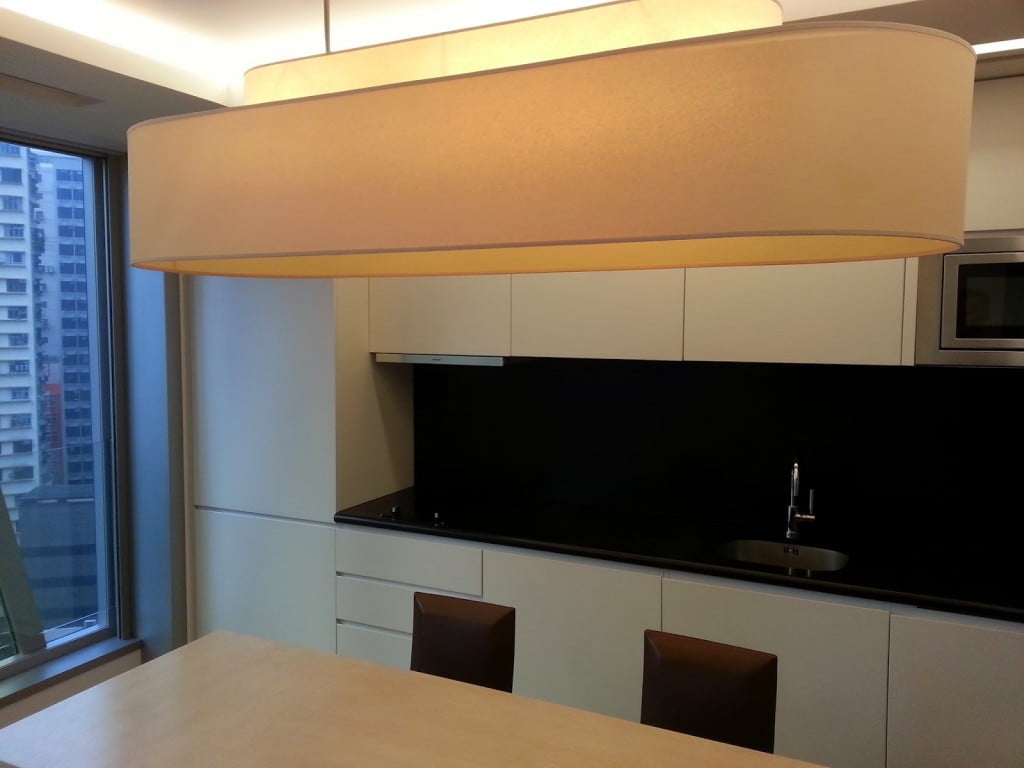 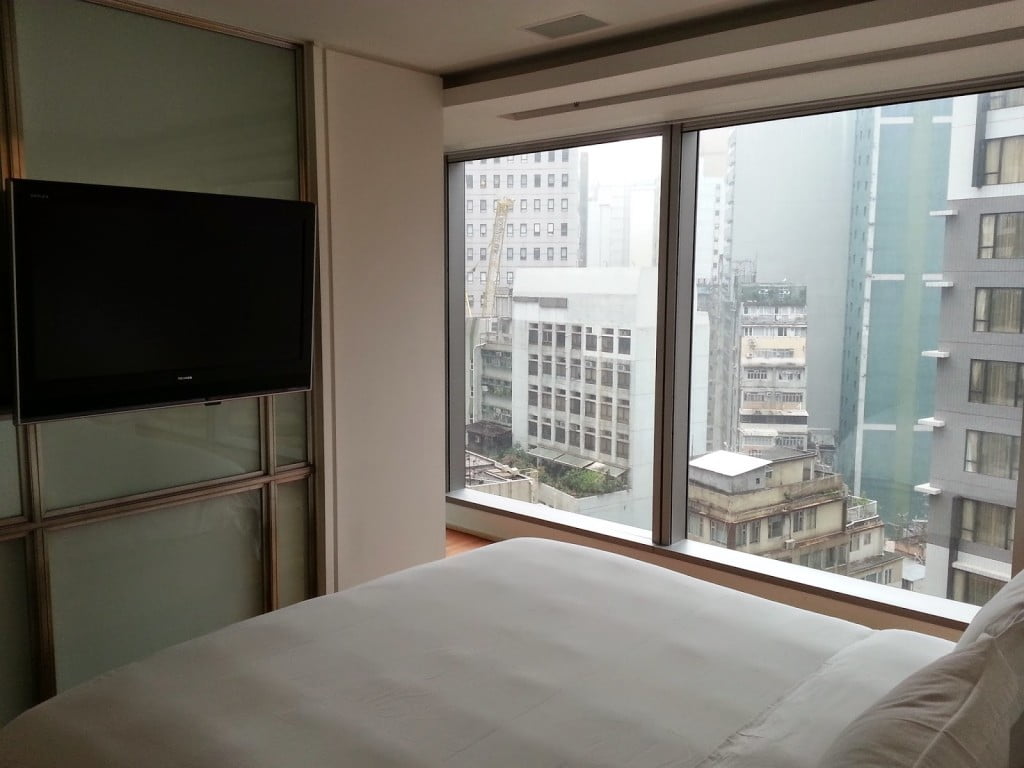 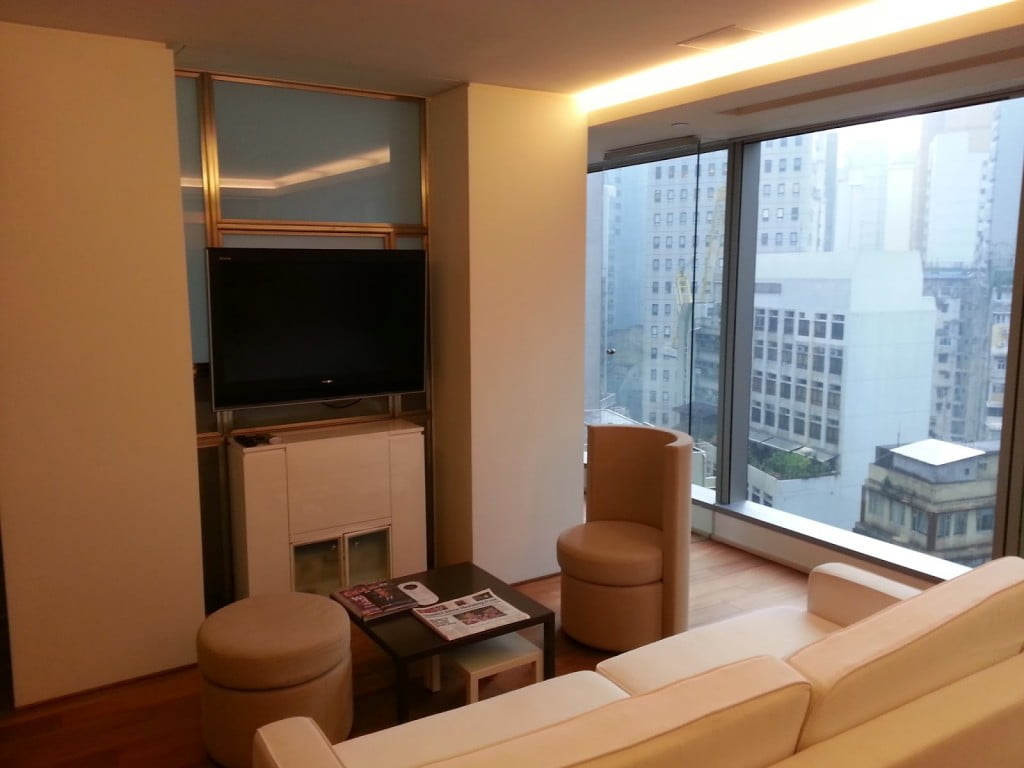 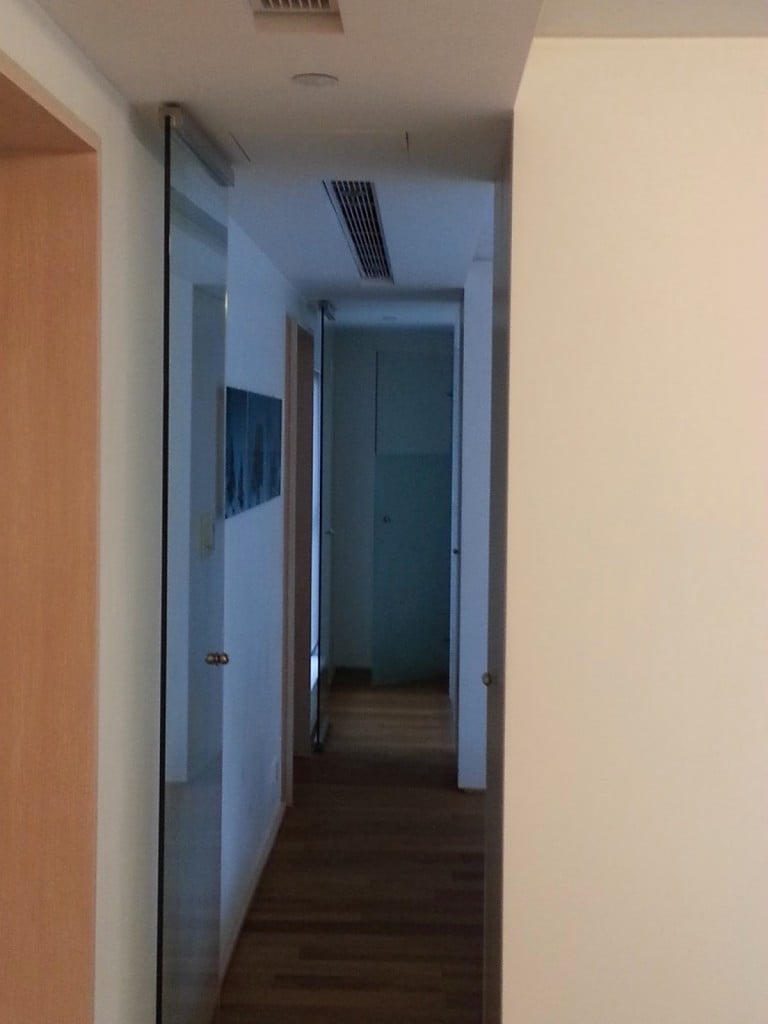 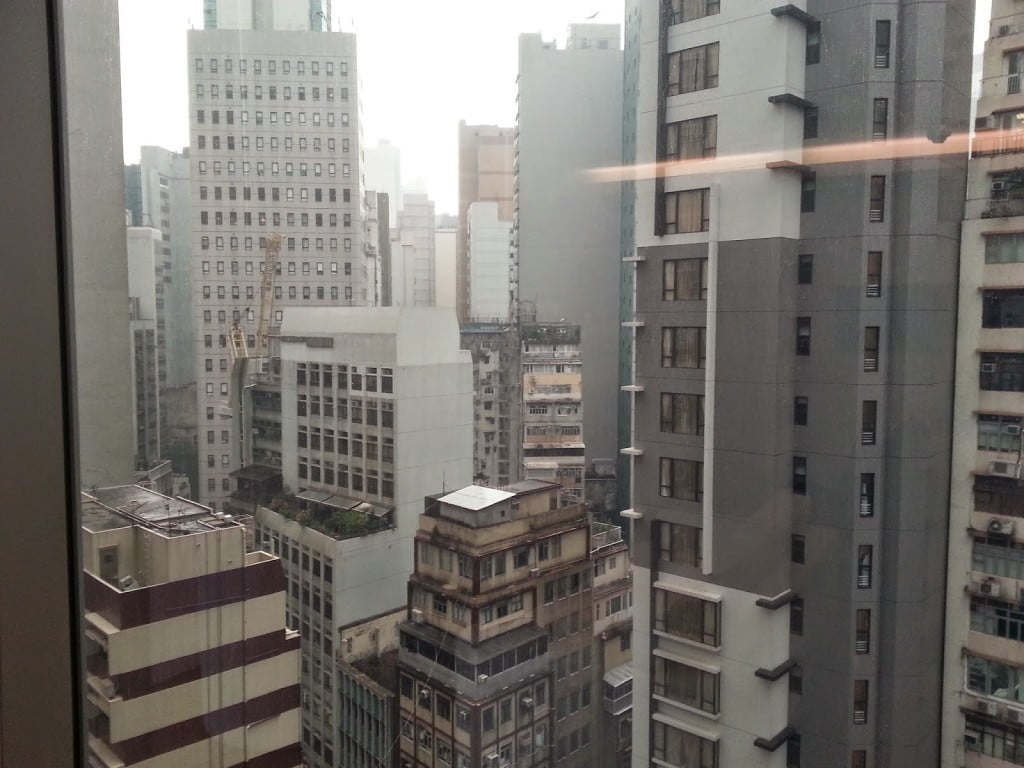 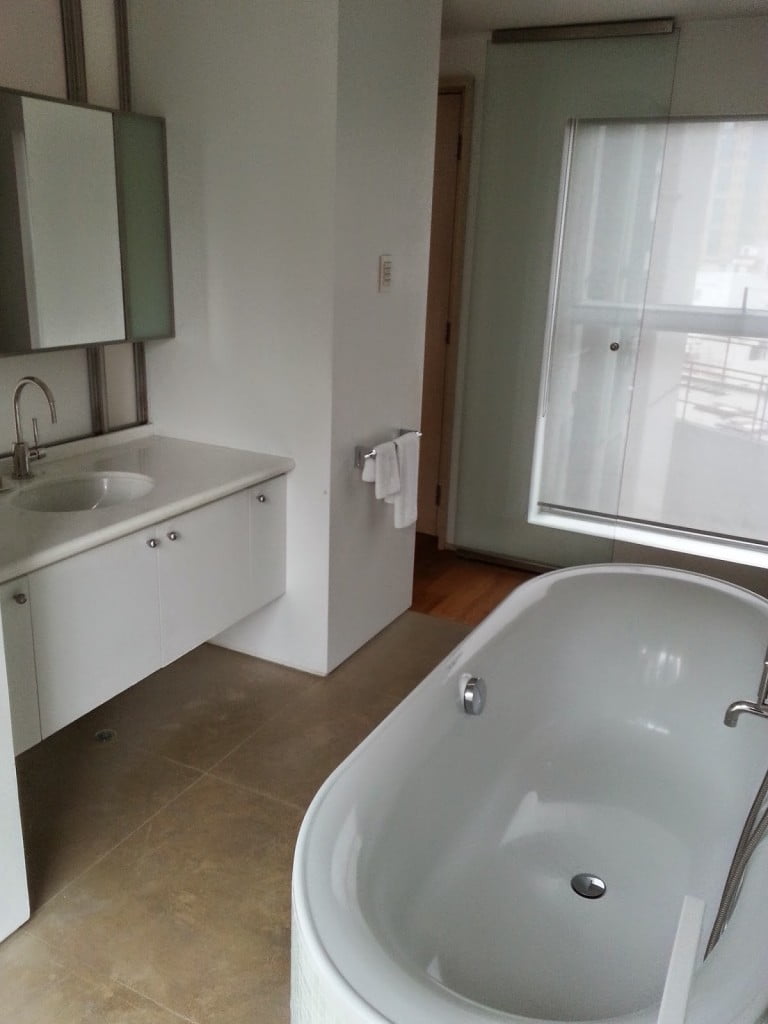 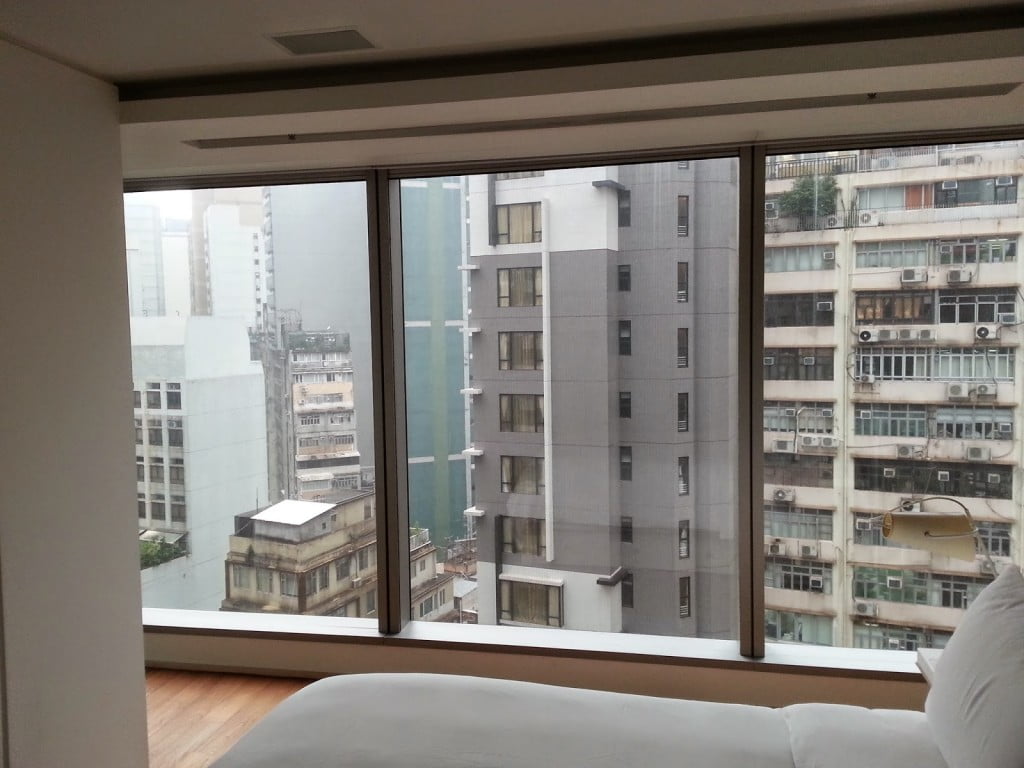