There, you can see it in the distance from our hotel room
just over top of the skyscraper, underneath the clouds. 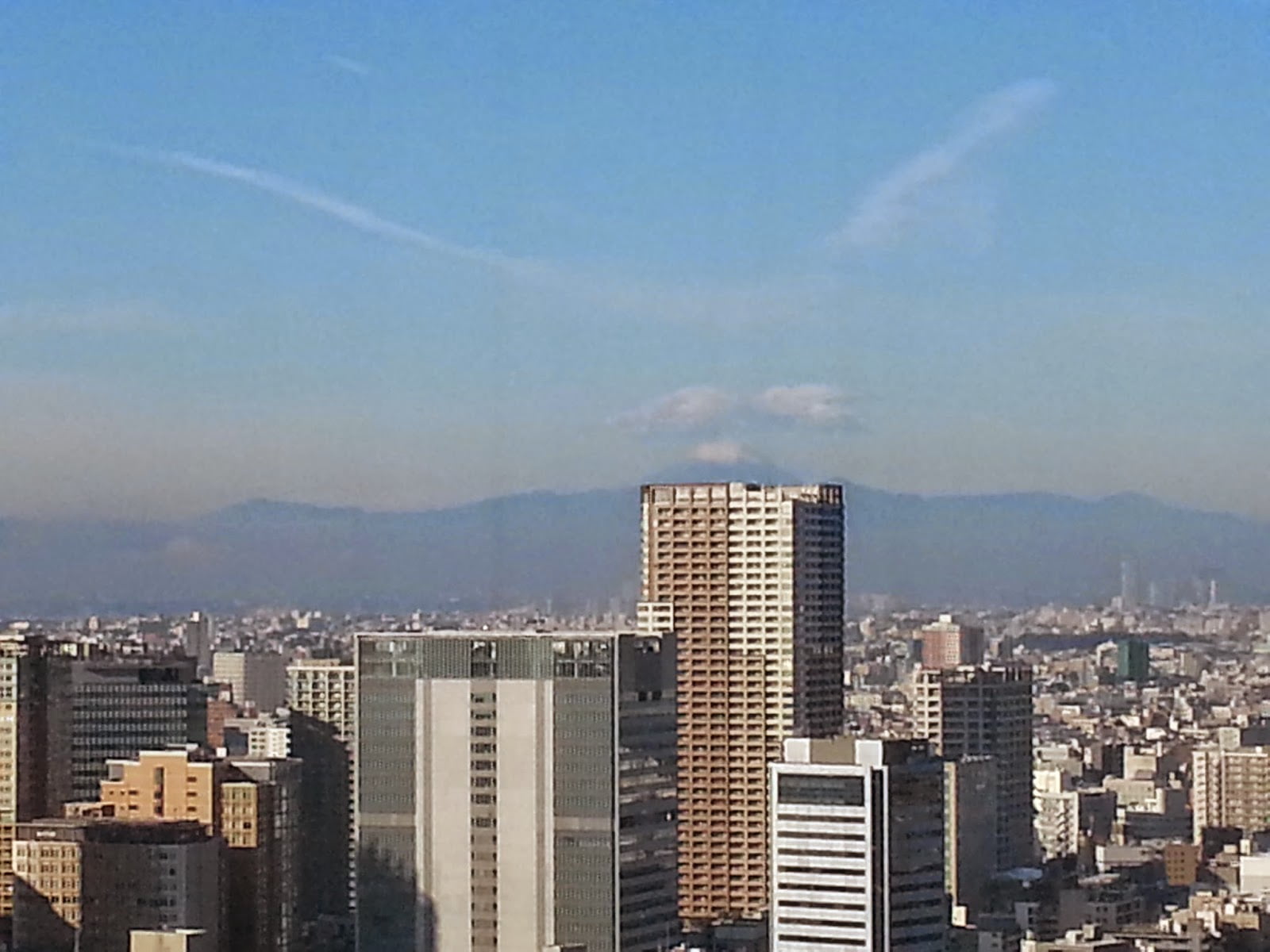 What a beautiful morning.
Sunny and bright.  It clouded over
but remained warm.  At one point my phone
read 23 degrees.  Everyone in fall
clothes, down vests and overcoats, and it’s 23 degrees! 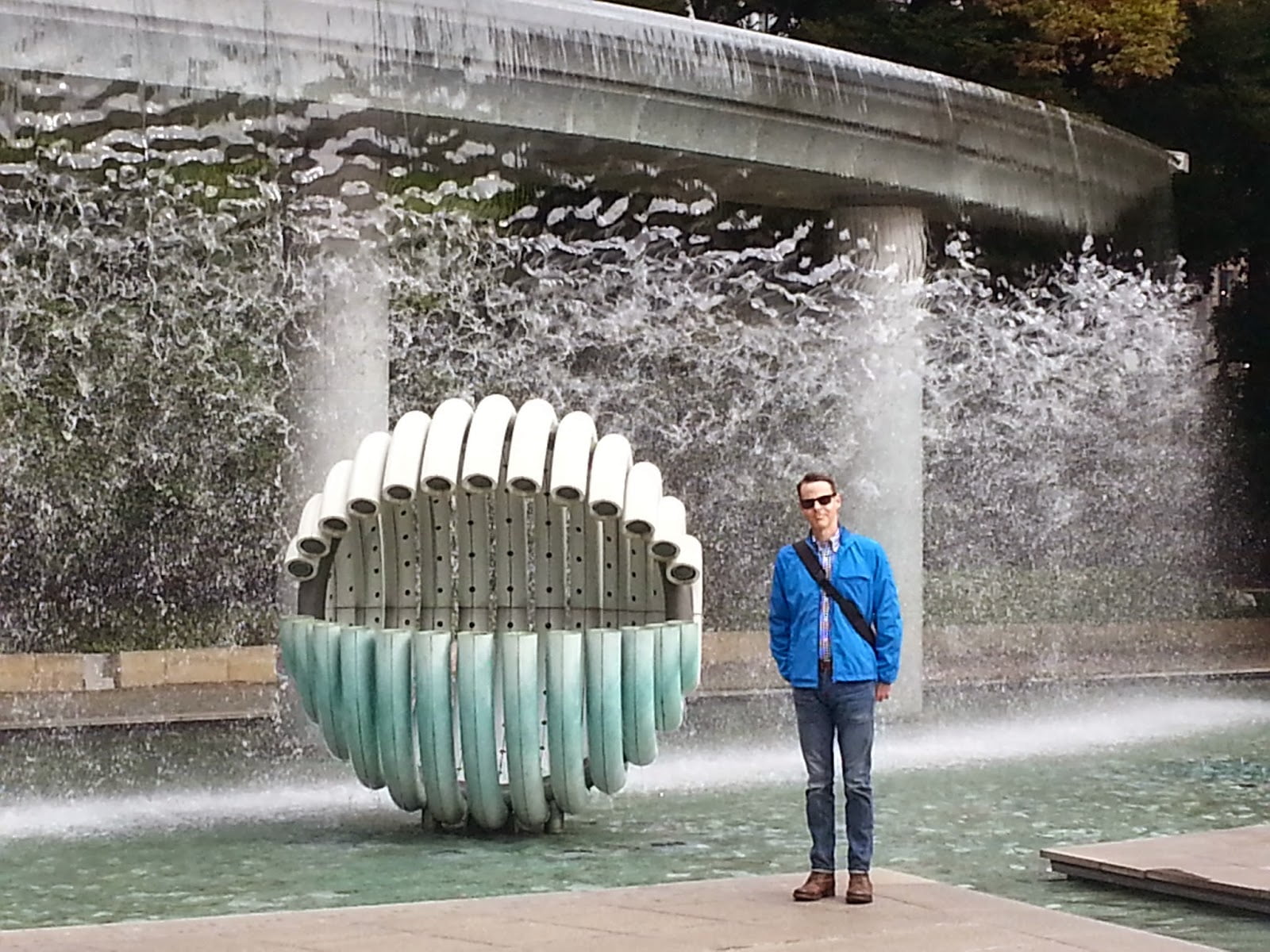 It was a day of marathon walking.  I am already on my second blister band-aid
and we’ve both contemplated extra undies from Uniqlo.  We headed off to the Imperial Gardens first
thing.  Although austere, they sit up
high in the relatively flat bay area, with exquisitely manicured trees draped
over the monumental stone walls which rise up from the moat.  Yes, the moat.  There is a small museum of the Emperor’s “things”
such as the Order of the Garter and the Order of Olav and whatnot.  There were pictures of him in Canada, in 1953,
as the crown prince en route to QEII’s coronation, then again 30 years later as
the Emperor. 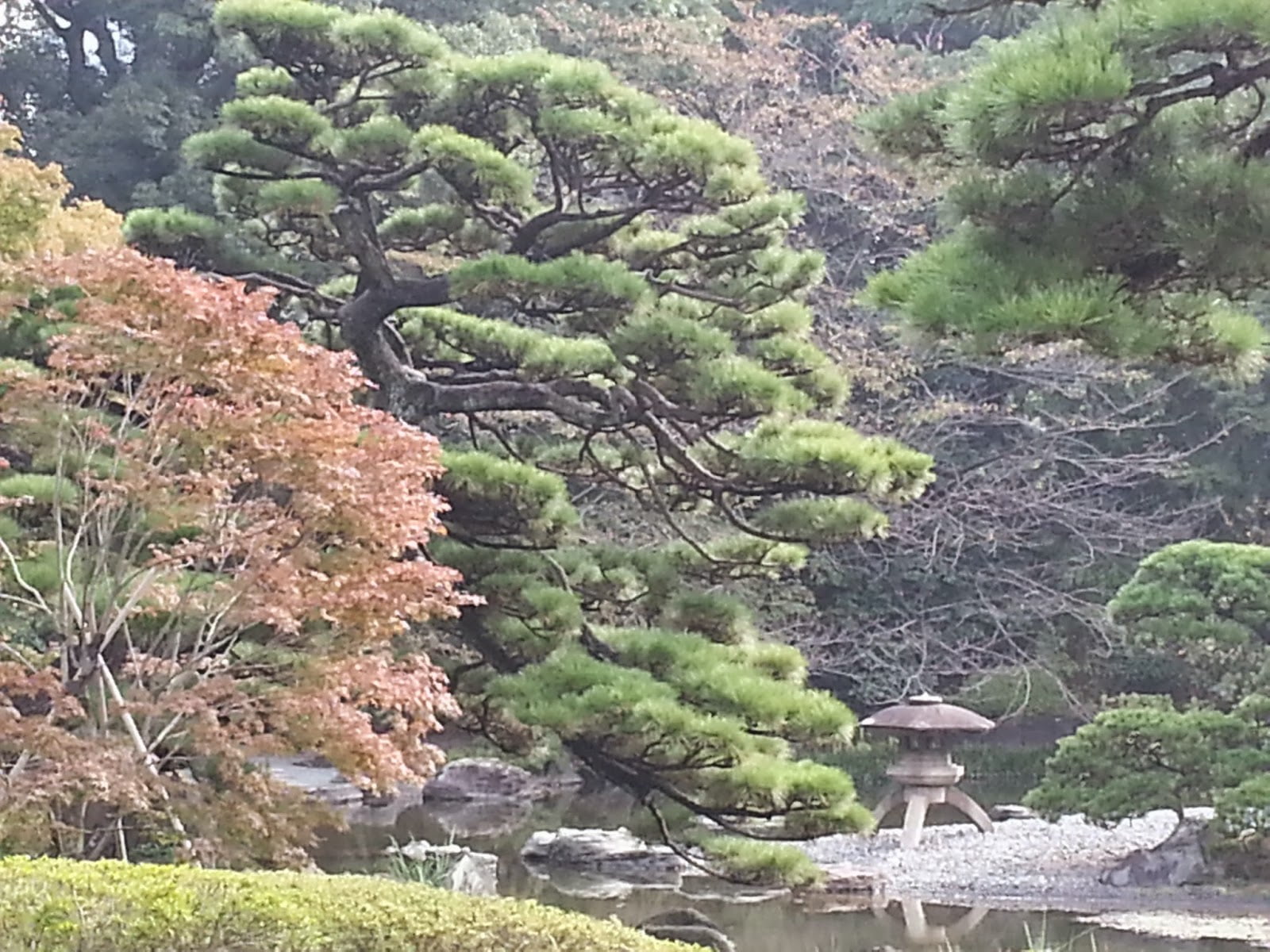 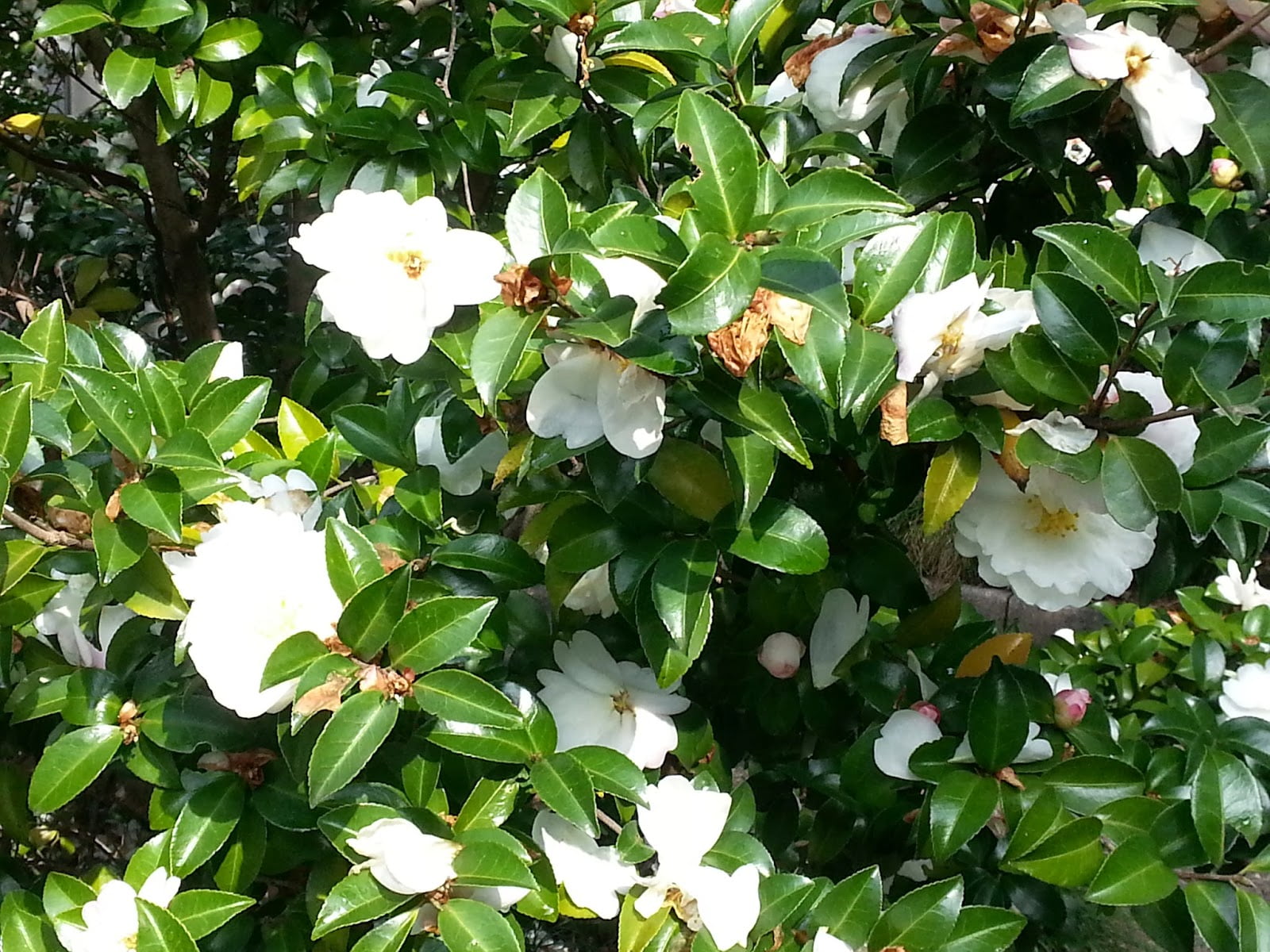 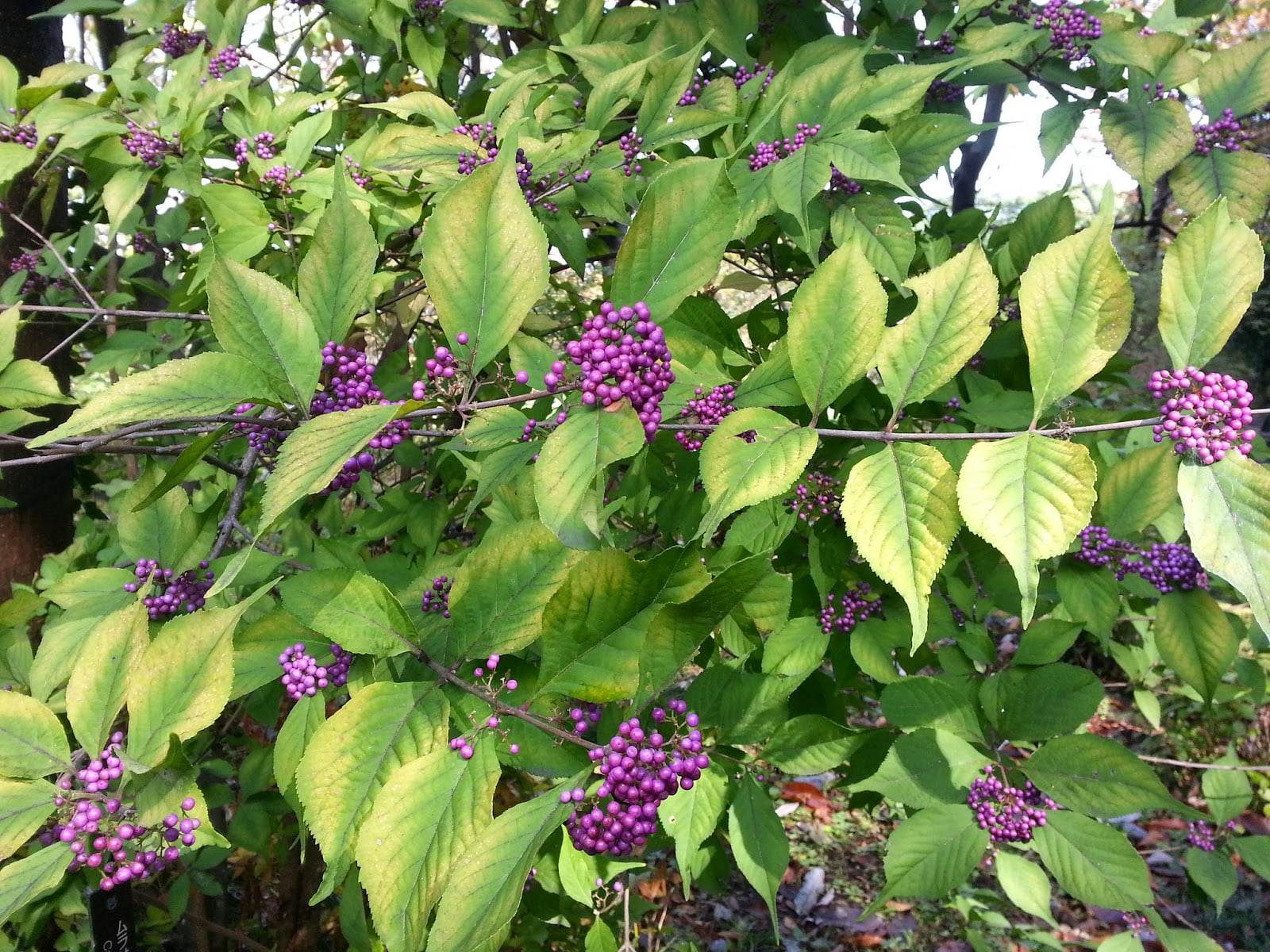 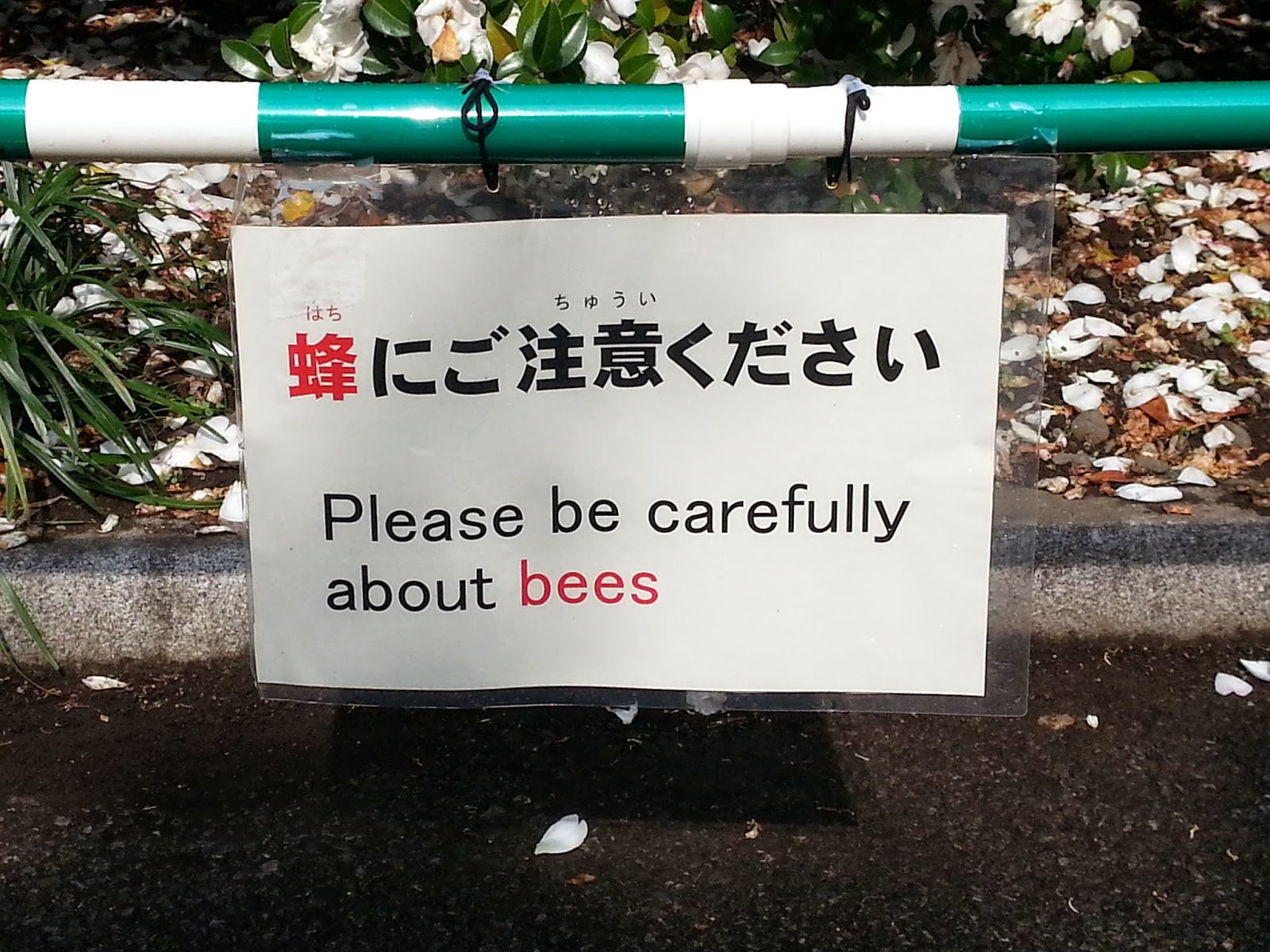 After a long stroll through the east gardens we headed out
toward the Imperial Hotel, designed by Frank Lloyd Wright.  I had it on my Tokyo bucket list without
doing any guide book prep only to be a) sorely disappointed at how drab and
dated and sterile it was and then b) with a little help from Google realize his
hotel was razed in 1968 (although the lobby was reconstructed in a museum).  Could have shaved off that four kilometer
detour…
We took the train up to Roppongi for a typical Japanese
lunch.
Afterwards we went deep into a suburb to visit the Japanese
Sword Museum.  With my Japanese SIM,
Google directions does the most fantastic job of showing us where to keep on
and when to hang a sharp left, we hold it out in front like a divining rod as
the blue arrow skirts the side streets on our behalf,  but it saps the Samsung something fierce.  I usually run out of juice mid-afternoon.  And at that point we have to use guesstimates
and hope.  Fortunately, the museum had
lamp standard signs every ten meters or so.
And although a small collection was worth the six bucks entry.  Most of the sixty or so swords were from the
15th century.  They displayed
the blades separate from the casings, which were elaborately carved and
embossed and adorned.  Curiously, most
samurai had two additional blades in their casing, aside from the sword: A
small utility knife as well as a barbering tool.  I always thought Kurosawa embellished the
samurai tradition a bit, but these spectacular relics set me right.  Sword fun facts: One set of mountings took a
scabbard maker, a lacquerer, a handle wrapper, a soft metal artisan and a
Habaki maker. You can Google that if you care. 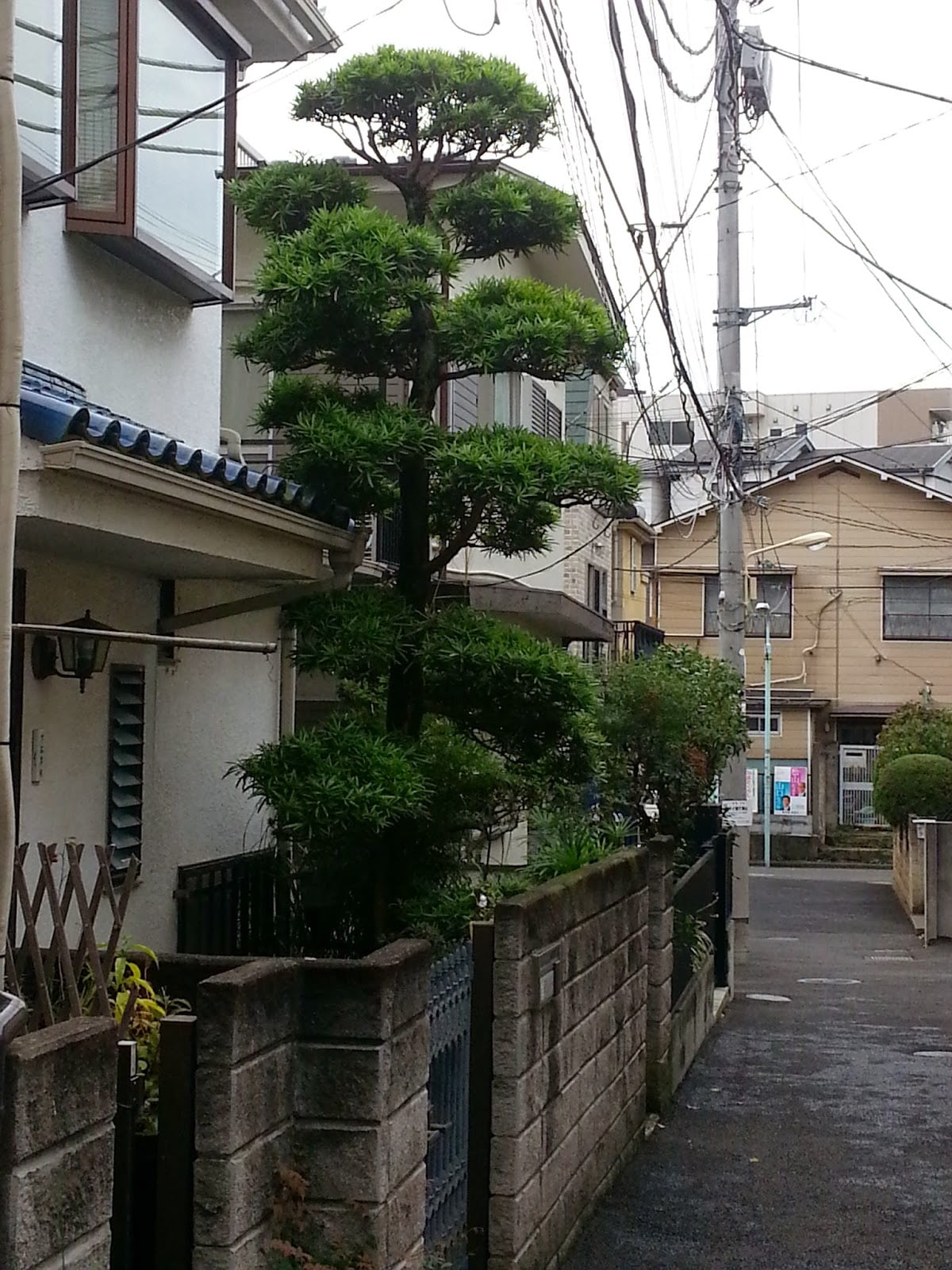 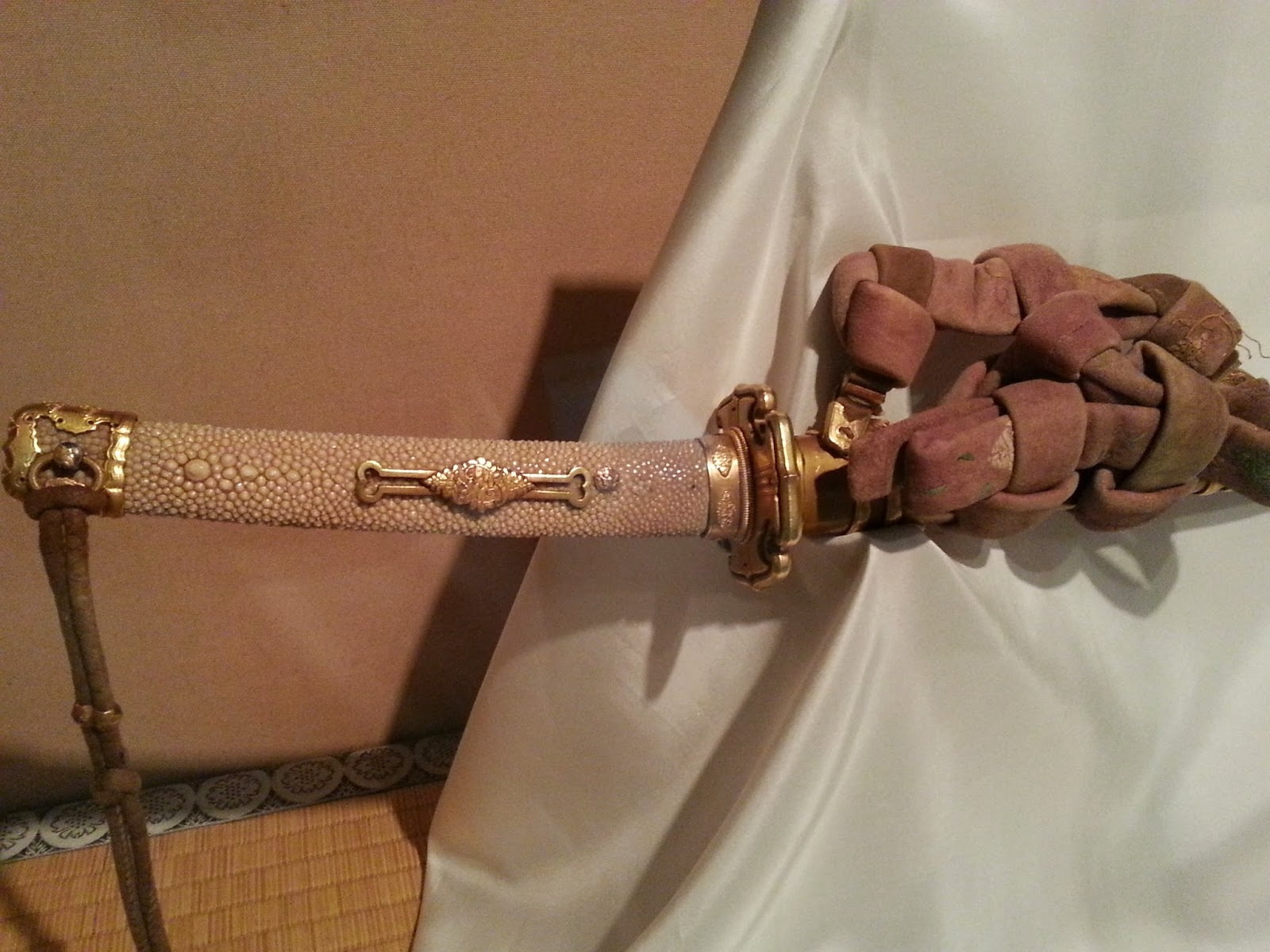 We returned to the Shibuya area, walked along Omote Sando,
sort of the Champs Elysees of Tokyo, teeming with shoppers, and all the usual
international high end brands from Harry Winston on down to Ben and Jerry’s. 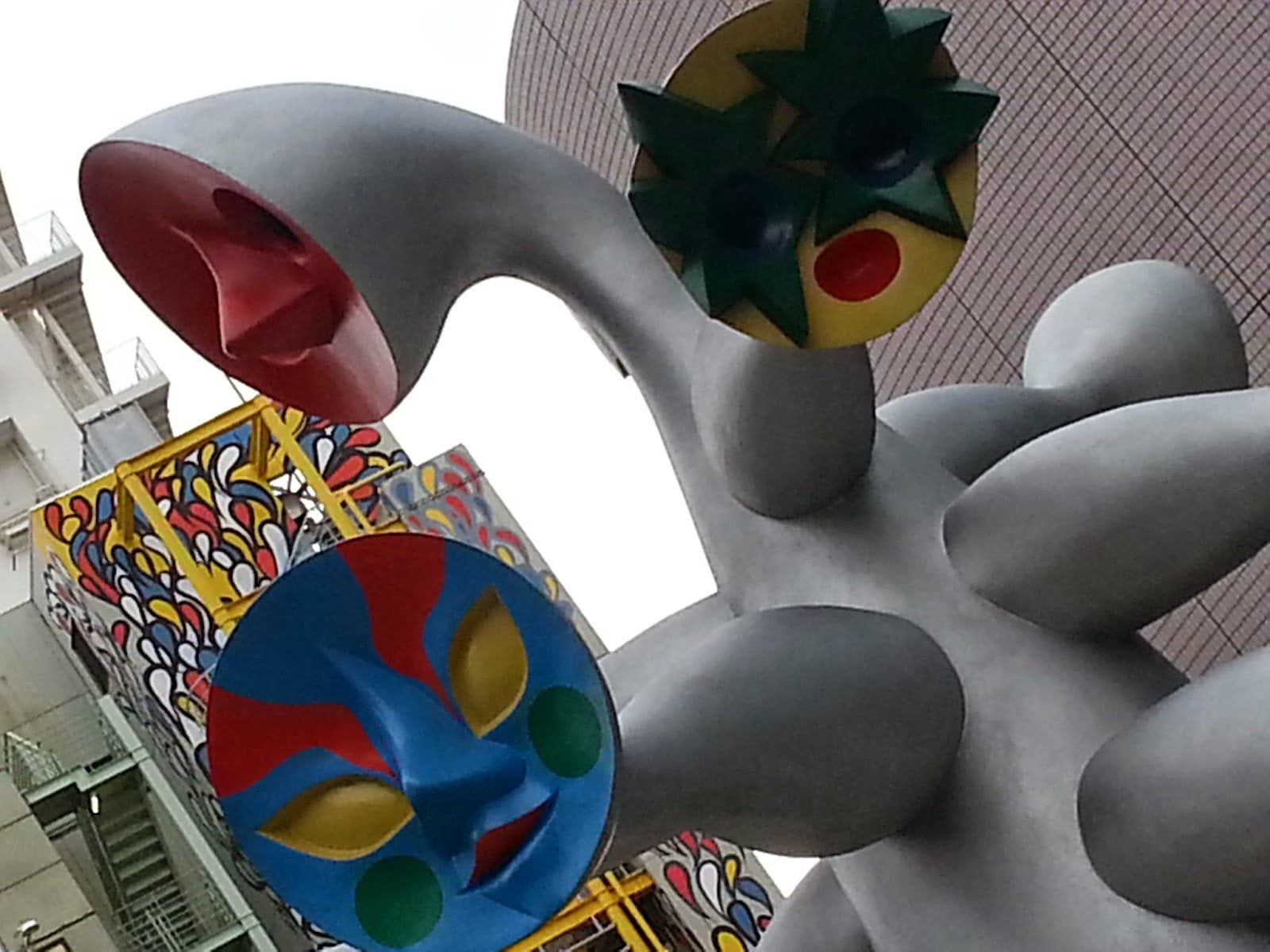 We walked for five or six kilometers, ending up at Shibuya
station, where the traffic, pedestrians and neon all clash Times Square style. 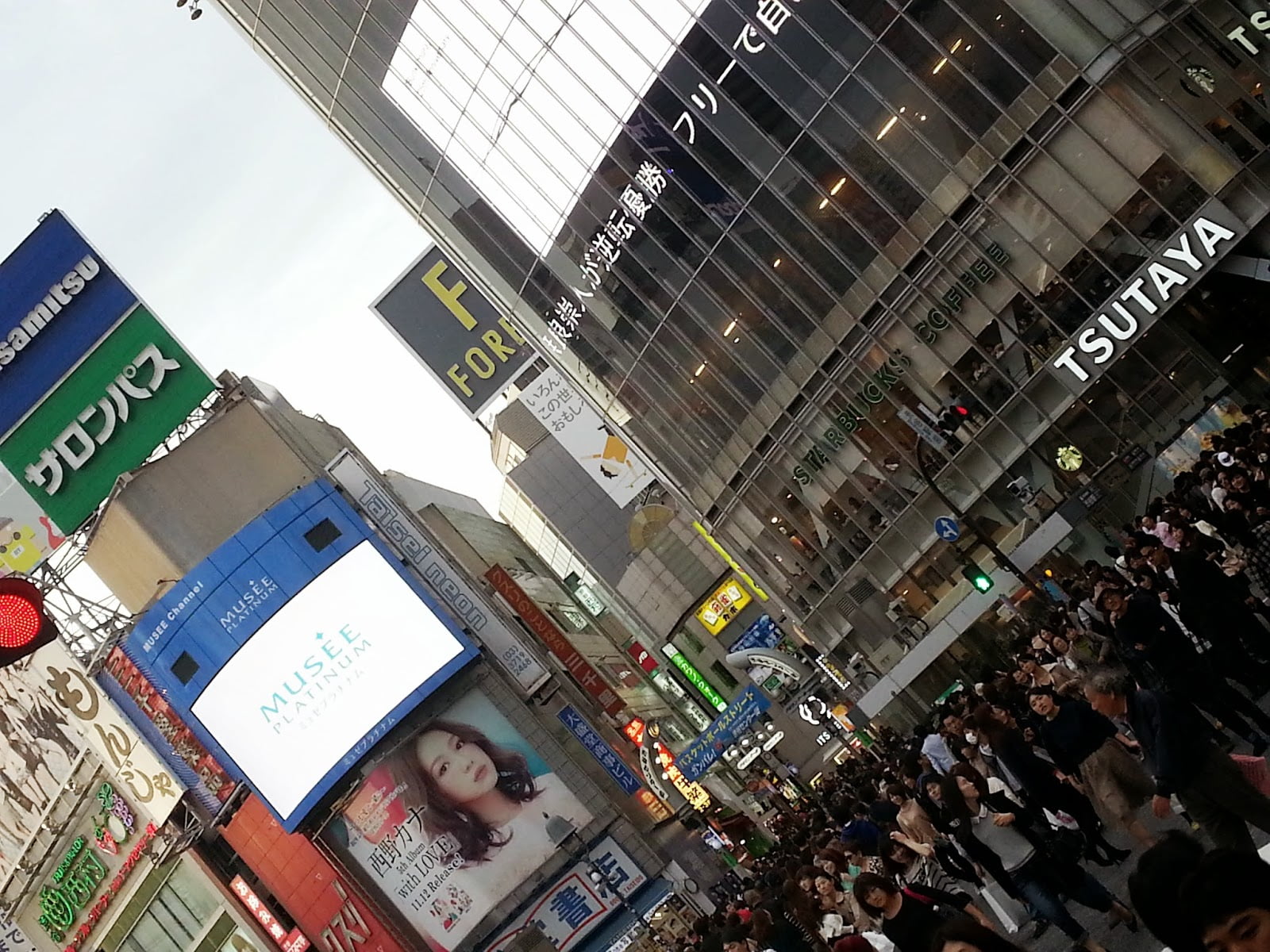 Without a dinner reservation, with Monday a national holiday
here (“Culture Day” which celebrates culture and “the academic endeavour”), and
pretty “walked out,” we ate Chinese at the chi-chi hotel restaurant off the
lobby. Ka-ching.