We returned to the coast after lunch, stopping at Pablo Neruda’s Valparaiso home.  He wanted a place to escape from Santiago to study and to write in peace and quiet.  He wanted a view, but privacy.  Friends of his found him a place begun by a Spanish architect who had built five floors on a hill overlooking the ocean.  It was a bit of a rabbit warren–the whole third floor was designed as a birdcage!  But the architect died before it was finished, in 1949, and Neruda remodeled it.  Quirky and interesting, tiny stairwells linking the floors but each with spectacular vantage points. 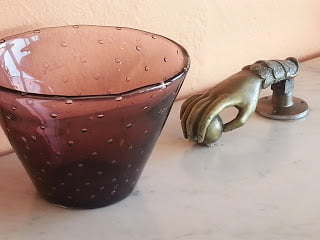 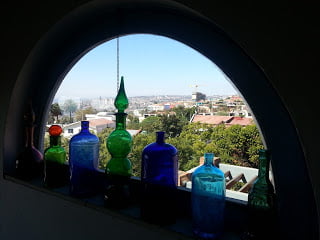 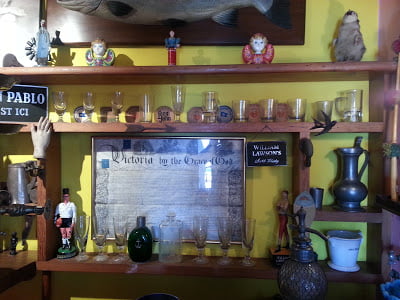 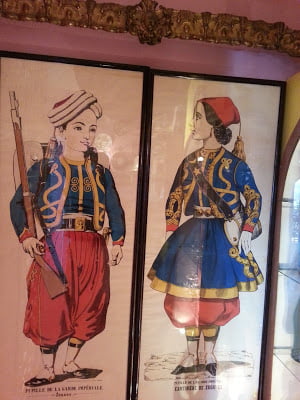 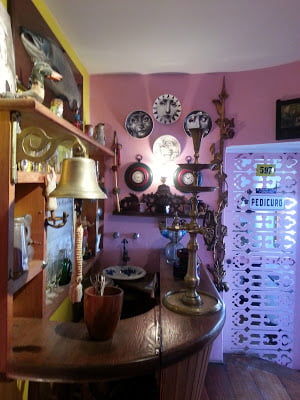 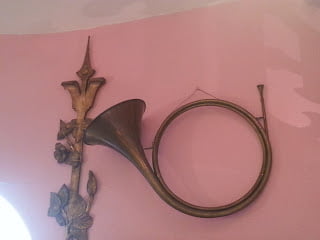 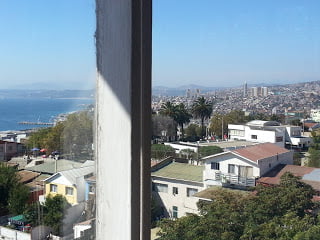 The most interesting thing in the house, for me, was a map of the world, from 1689, by a French cartographer, which had California as an island stretching from Mexico to Washington.  Don’t have a picture of that but there were other maps and curios that were absorbing and you had to wonder how he came across them. 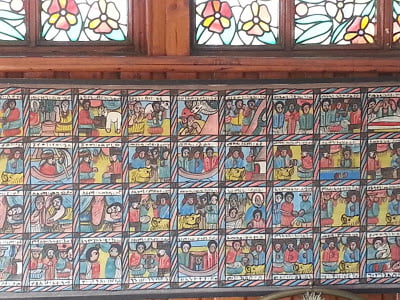 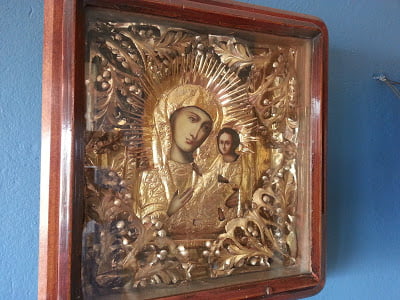 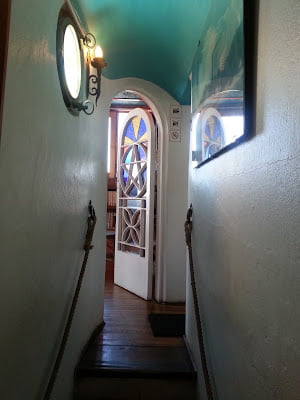 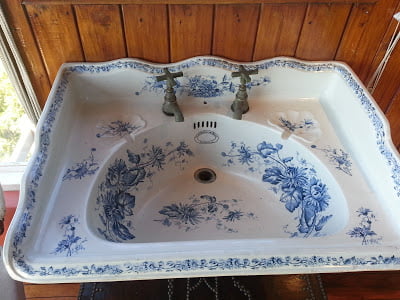 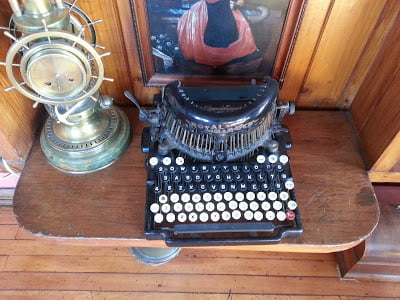 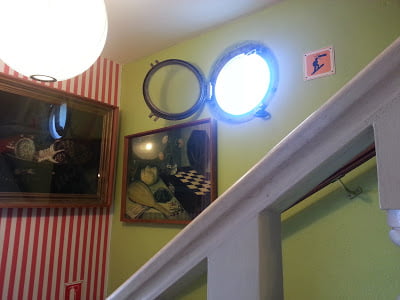 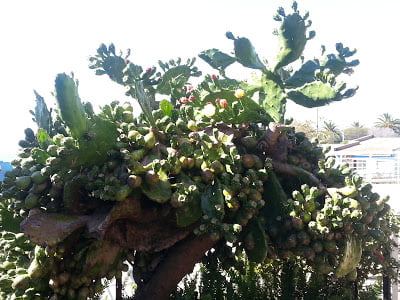 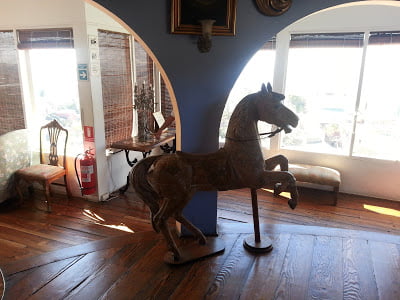 In the end I asked SS: Ever read Neruda?  And he said no and I said that I didn’t think I’d ever met anyone who has…

We retired to our terrace for some sun and after our mega lunch just took a club sandwich in the hotel mid-evening.