The architecture of Vina del Mar is, how can I put it?  Like being on a backlot.  And not Universal Studios. 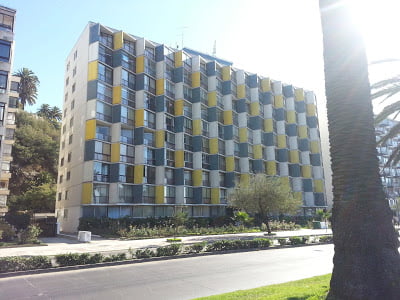 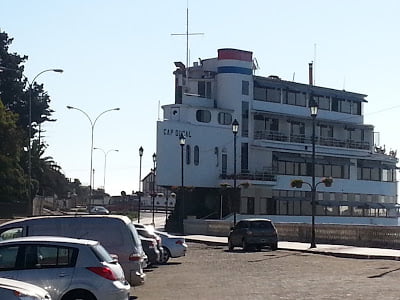 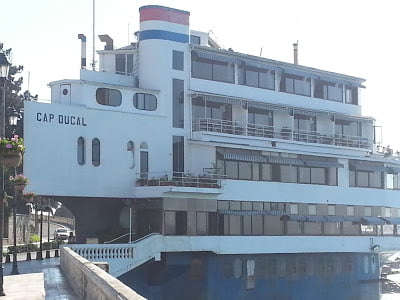 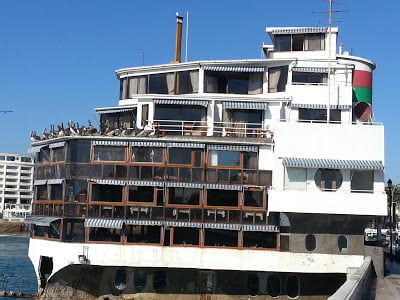 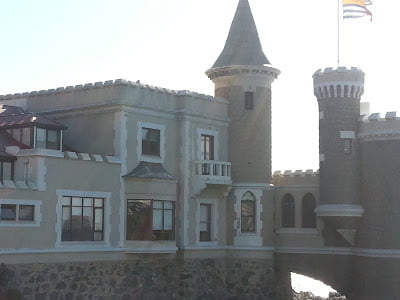 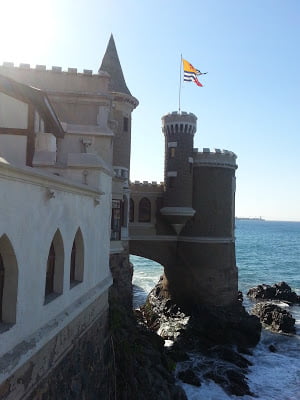 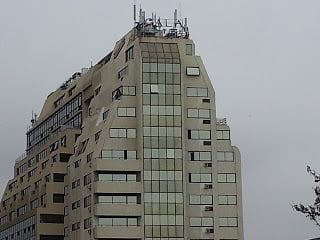 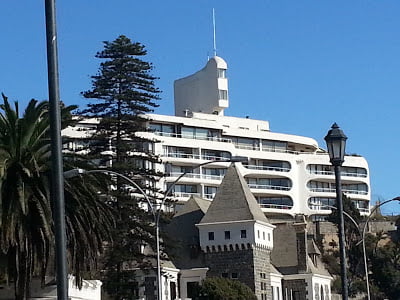 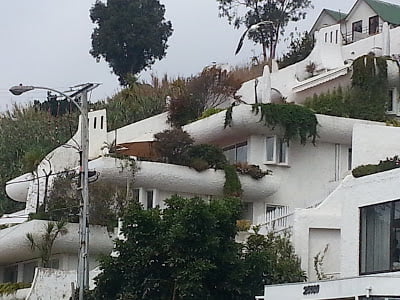 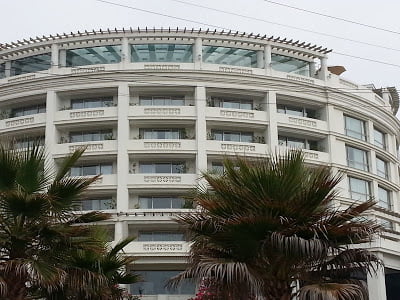 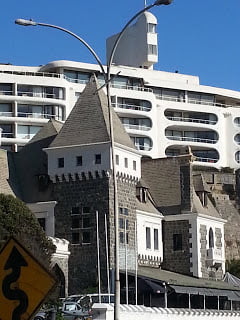 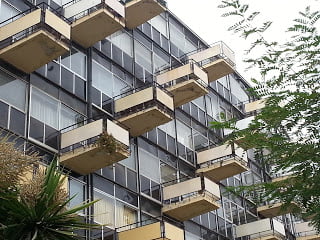 We woke up to a hazy day with foghorns.  A frigate directly in front of the room was, presumably, from South Africa; the lobby had been full of SA’s in full dress uniform last night.  Based on what we’ve seen it’s as though they are performing joint maneuvers with the Chilean navy.  We had a coffee and dropped off laundry at the Lavendria.  It’s $10CDN for a single shirt at the Sheraton, $5 for a pair of underwear.  We got two loads washed, dried and folded for less than $10.  We even used our rudimentary Spanish to ascertain that it would be done the same day.  Thank goodness the Chileans know one to ten in English! 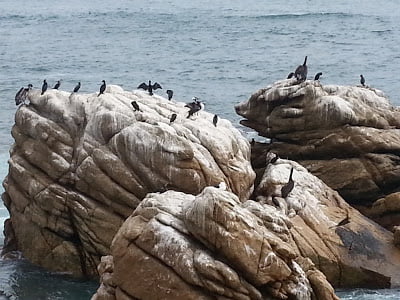 Then we took off for La Campana, a national park about an hour northeast.  The drive took us along a toll road then into a lovely town called Olmue with lush gardens and roadside stands and holiday camps.  The final few clicks into the park was a tad precarious, but aside from that the roads were of a higher standard than back home. 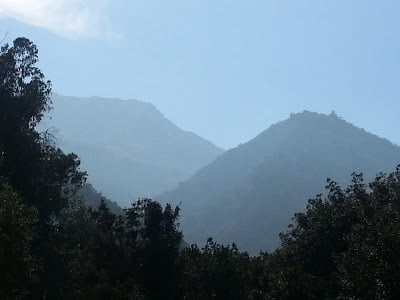 The forest was full of cacti and succulents.  The sun was shining and it was toasty hot.  But our hike was mainly shaded.  We did about 6kms of a 14km nine hour trail.  When Darwin visited the park and hiked he wrote in his journal that it was one of the finest days he ever spent.  Well, we certainly appreciated the quiet, and the views, and the lack of insects, but it didn’t compare with even Narvaez Bay on Saturna. 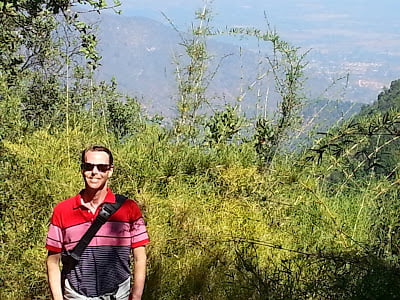 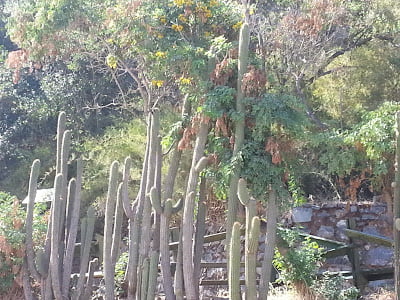 Back in town we drove up the coast road to Con Con, where the highrise developments give way to single family homes and while the road and terrain are similar to California, the feel of it is more like White Rock, quieter and quite serene.  But with much more precarious driving conditions.  For dinnner a local place in town.  I asked the waiter about the tennis players he’d served during the ATP event.  “Oh, a lot of players come here to eat.  I’m not very good with names.  There was one player his name was, um, Nadal.”