Although it’s spelled haight (the t is silent, the Welsh is hwcyntha).

Wednesday.  The best part of the morning was that no one knew who won
the election.  Oh, and it was sunny.  Colder than Vancouver, proper November eight
degrees cold, and, weirdly, all the leaves are not only on the trees still but
they’re green.
It was exciting, even thrilling to be back in London and for
it to be gorgeous enough to beckon walking.
Headed towards Sloane Square then along King’s Road, coffee at Nero,
shopping, back towards Harrods, into the West End and then all through Covent
Garden.  Did not pay 345 pounds for a
Burberry cashmere scarf or a similar amount for Vivienne Westwood shoes.  Had lunch at Canteen, a sort of nouveau and
improved version of pub fare (warm roast pumpkin and chicken salad in a light
Dijon dressing, very tasty if a tad overdressed, although I think a pie or
pasty would have been the thing).  Asked
the Italian bartender Riccardo, who was across the street lifting stock
shirtless, if I could take a picture and he said “no time” although there was
plenty of time.  Frontline reported on
the Russian oligarchs taking over London, and while they are around, or at
least I should say there are many Russians in Aston Martins and with shopping
from Fortnum’s, in my particular hotel they are shadowed by equally rich
Arabs.  But while that’s a decidedly
obvious element, it seems the city is also littered with surly Italian servers
mispronouncing coffee and saying “afters” as a question. 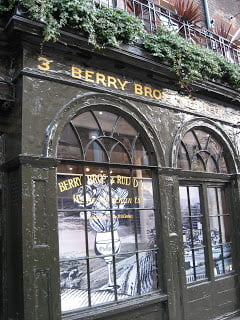 Part of being high on London is simply getting re-acquainted
with neighbourhoods, sites and buildings that I still remember discovering
first time round, thirty years ago.  At
the same time, I learnt two new things about London today: One, the lamp
standards that line the Mall have, in reference to England’s naval past, ships
atop each one.  And, second, when Texas
was briefly a republic, it actually had an embassy here.
Decided to catch a matinee and checked out the half price
booth which was four deep in undecided tourists and tix for the play I wanted
to see at over 20 pounds, so walked the two short blocks to the Comedy and
scored a day ticket, stalls, unrestricted view seat for ten quid.  The Comedy is a cramped little theatre with
pillars and narrow stairs.  Eric Peterson
brought Billy Bishop there in the early 80s, to critical acclaim but public
bewilderment.  I saw Joseph Fiennes in an
unmemorable production six or seven years ago.
I was hoping for better.  Both
with the Fiennes vehicle and the play today. 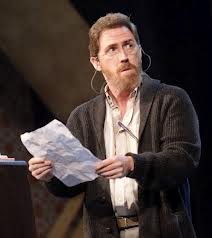 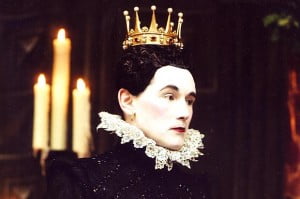 I was seated (excellent seats BTW, perfectly centred with a
spectacular view) next to a young man called Oscar who was taking notes and I
asked him if he was a theatre student and he told me he was the assistant
director!  The actual director, Tim
Carroll, did an amazing job.  So, all in,
it was the type of rare theatrical event that makes you want to return to the theatre
repeatedly, and encourage the art, it put me in a hugely upbeat frame of mind,
it was just that good.  Like fly into
London for it that good.  However, there
is this one little problem: Twelfth Night is not the best comedy.  In fact despite the gorgeous language and
many amusing scenes, particularly as it unfolds, there is something grossly
overwritten about TN–and as it hits the three hour mark you do wonder to
yourself whether a sincere edit (taboo to the purists, I know) was in
order.  Somehow, unlike say in The
Tempest or All’s Well, you don’t connect with the characters or their plight or
really care.  Even the subtitle, As You
Will, is like the lax and lamer version of As You Like It.  In the end, despite Fry’s performance, you
don’t have any feeling, good or bad, about Malvolio.  Worse, you don’t really have any concern or
interest about the mistaken identities coming to light and the glimmer of all’s
well that ends well to the thing.  It has
been three decades since I last saw TN and, truthfully, I think it fair to say
it will be my last.  Still: If you’re
going to do TN, you couldn’t do it better and this really is a runaway must-see
event.