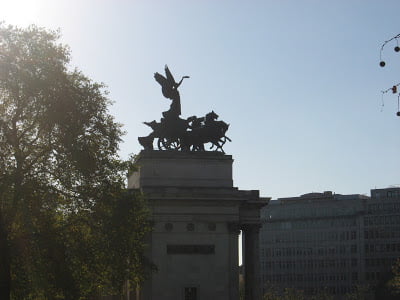 Gorgeous final day.
Clear blue sky, sun out in full.
I had the intention to walk from Holland Park to Kensington Gardens, the
Serpentine Gallery, then through Hyde, Green and St. James Park, and then take
in the original Tate.  But the crowds
around Knightsbridge were ludicrous, worst at Duke of Wellington’s place across
from Hyde Park where liveried regiments and marching bands, surrounded by
police and crowds, were carrying out November 11 ceremonies.  So I beat it east.
The City of London museum is like a proper version of what
the Vancouver Museum aspires to be.  Also,
it’s free.  To the best of my faltering memory I’d never
been, so I made the trip.  Their
“special” exhibit, on doctors and dissection, was particularly good; it was a
history of the advancement of medicine in the UK from the early 1700s on.  The focus was on early dissection and autopsy
techniques (you should have seen the saws), the trade in freshly dead bodies,
the murderous crimes that led to the Anatomy Bill of 1832 which eventually
outlawed the grave-digging trade, and so forth.
A video presentation with voices recapping the parliamentary debate for
and against legislation was a tribute not just to how much politics haven’t
changed but how much public speaking has.
As in has for the worse.
On the way back I walked through St. James, Green Park, then
back into Knightsbridge which was overflowing, still, with gawkers and shoppers
and Sunday strollers.  I noticed in St.
James Park a sign which read “Please leash your dog particularly near the pond
to protect waterfowl.”  I saw another in
a public toilet which warned against using the bin for “incontinence or nappy
products.”  It’s almost alarming how much
trust the English still have in their language and that this multicultural city
could even begin to decipher intention.
In Canada, we have relinquished any possibility of seriously dealing
with literacy and made every sign and warning and alert an icon.  Yes, we gave the world the universal M and F
symbols for toilets, but we seem to have lost the skill to say what the icons
mean. 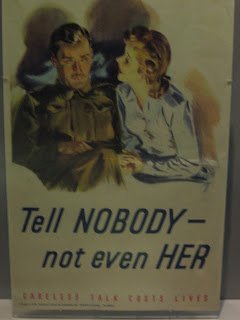 Tennis?  No Sunday
tickets.  The semis were an exciting
line-up, a dupe of the Olympics, I saw some clips on a monitor, but if I had to
have one day free this was the day, no complaints.
As a gorgeous sunset glinted off the peaks of the Mandarin
across the street I met, finally, after trying first in 2005, my friend the
world famous make-up artist Fae C D Hammond.
In the flat I rented as an 18 year old on Holland Rd, I was on the first
floor with two flatmates, Nigel and Simon, there were some Swiss we never knew
on the top, an unusual character rarely seen on the ground called Clive and she
had the garden suite.  Fae was a make-up
artist at the BBC at the time and I went there once or twice, lost in the maze
of windowless halls.  She told me it was
the inspiration for Orwell to write 1984 which, true or not, is metaphorically
apt.  Of course she has gone on to much
bigger things, what they call movies; and lives, of all places, in Italy.  Hard life.
Fae’s 35 Euro flight from Pisa ran late so it was not five but 6:45
when we met up and at that point we simply walked across the street to Bar Boulud, a buzzing hive of ins and wannabes at the Mandarin Oriental.  We had a very pleasant dinner at
the bar, although she ate like a shrike and I like a gannet.  I had a roast chicken on Vichy (?) carrots, Brussels sprouts “fondue” followed by something called a Bogue which was a candied chestnut with gold leaf on top of an amaretti cake, caramel ice cream and tiny, wild blueberries that resembled currants. 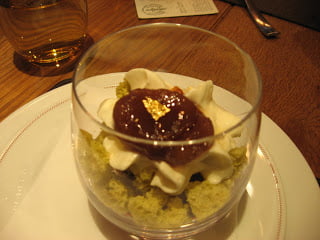 Fae regaled me with tales of working with Ang
Lee, Ron Howard, Gary Oldman, and the ilk, and I took her down memory lane with ancient
memories of her west Kensington flat, her cooking, her influence on me and of
course our trip to Paris.  Next time we
will have to meet in Tuscany.
It was a wonderful close to a quick trip abroad.  Back at the hotel I caught the tail end of Federer
Murray.  Amazing how faithful the English
crowd was to Fed; cheered him on like a Brit.
And so, another year ends like the last: Tomorrow Fed will battle it out
with Novak.  What goes round comes round.