Again with the clouds and remnants of rain.  But I’ve wised up.  SS said I’d be sorry to not bring a jacket
but by early afternoon it was 23 although hotter with the humidity and it stayed hot
and lovely right until evening.  I would
say the only downside to being here in fall is that the days are getting
shorter.
If we walked 20 kms today we walked 25 kms; too much exercise!  We walked it seemed across the continent but
in fact we only covered a couple of barrios.
From the hotel into the park areas (zoo, Japanese garden, Botanical
garden, a number of squares and roundabouts including Ave Libertador, the 12 lane one way boulevard) and on towards the MALBA (stands
for Museum of Argentinian Latin American Art of Buenos Aires).  It was a private collection established in a
new build.  Not big enough to house the
collection, which rotates, but SS claims there are plans to expand underground. 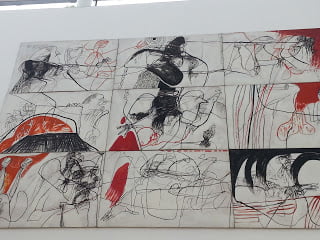 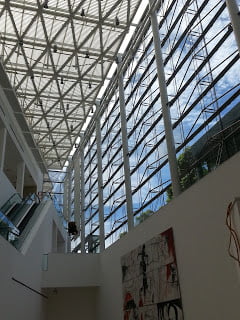 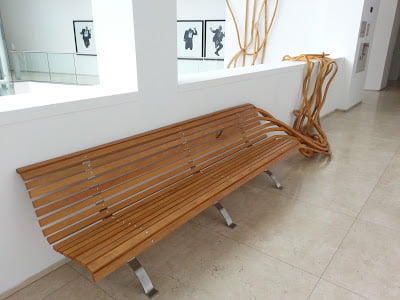 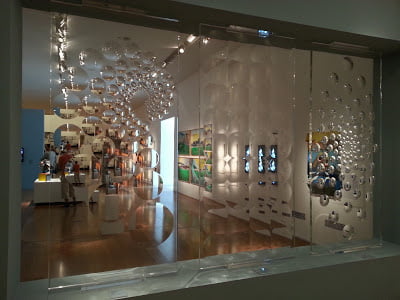 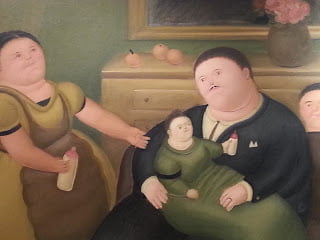 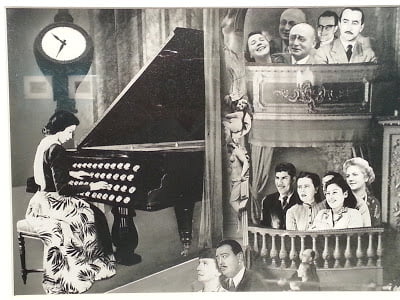 Afterwards we did some shopping, window shopping, and it was
two before we realized we were famished and it ended up we had to eat in a mall.  It was a chic mall and the food was prepared
for us fresh and there was nothing wrong with lunch but it did seem a bit
lazy that we made no attempt otherwise.  Afterwards we made this crazy
decision to walk back to the hotel, even though it had taken us half the
morning to walk to the MALBA.  It was a
pretty interesting route, through some quiet residential streets and local shops.  By the time we reached our neck of the woods,
Palermo Soho, we stopped for a coffee, which is generally a half hour
proposition (getting service, getting the coffee, asking for the bill,
receiving the bill; god forbid you need change).  Then, for no apparent reason, we did a detour
before doubling back to the hotel.  When we got to the
hotel we left our stuff and went back out to scope out a restaurant; and that
took us an hour!  We killed our siesta!
My criterion for dinner was “close.”  So we went into the trendy area of Palermo
Soho for eats at a place called Mott, more Yaletown-ish than I would have
liked, but the food was good and it was only four blocks away.  Even
over-priced food tends to be reasonable here, comparatively.
There had been thundershowers for about ten minutes at 7 p.m. and as we
walked the six blocks (was supposed to be four!) to Mott there was lightning across the skies. But as
anyone who lives in the sub-tropics knows, or in fact anyone who has had a summer
in Toronto knows, these types of storms pass.
When we left the restaurant it was clear and the moon was out. No jacket required.  No umbrella needed.