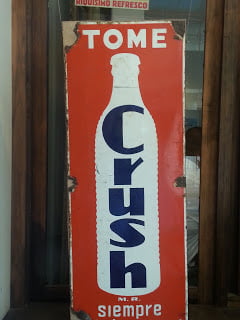 So during our morning in San Telmo we spent a few hours
antiquing.  The best antique market
ever.  Ever!  I’m not so much about the chandeliers and
crystal and jewellery and furniture, of which there was plenty, including some
egregious examples of old school safaris (e.g., tables with elephant tusks for
legs).  But everyday items from
generations past?  That’s heaven.  There were military stalls, old radio items,
canes with hidden swords, leather WWI pilot gear, giant scales and weight counters, sets of
petanque balls (1.5 kgs each, too heavy for luggage), toys, games, even the
most fascinating item ever: Wooden gaucho stirrups ($150 each, $300 a
pair).  Needless to say I was restrained
from building my collection! 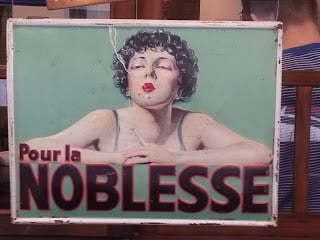 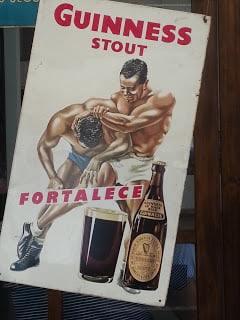 Him: I noticed you got another pistol.  Do we need another pistol?
Me: They’re part of a set.
Without the set they’re less valuable.
Him: I almost shot my foot off the other day while dusting
the luger.
Me: Sorry about that.
I was making sure it was in working order.
Him: They’re on display.
Me: Yes, but what’s the value if they don’t work?
Him: And taking up half the house I might add.
Me: Think of it as an installation.  They were used in 1930 to depose the
President.  They’re historically
significant.
Him: Tell me one person who knows what went down in
Argentina in 1930?  Who has a shelf full
of guns anyway?  And the mannequin in the
fencing mask and padding scares people half to death.
Me: That’s because you’ve moved him into the feint attack
position.  When we have company just make
sure he’s parrying.
Him: And did we need another straight razor?
Me: Well, first, having just one straight razor is kind of
creepy.  Six, or seven, now that’s a
collection.
Him: Do the straight razors “work”?
Me: Don’t be ridiculous.
Some of them don’t even open.  The
straight razors are a display item.  As
are the military regalia.  Which, I might
add, are in a state.  You’ve grouped all the
epaulettes together as well as the swords and hats.  They’re meant to be in groups by regiment, not by type.
Him: Groups of what?
We’re knee deep in breeches and brass buttons and decorations.  My mother sat on a pin the other day and
required three stitches.
Me: That was a cross of Heroic Valour from the Falklands
war.  She should have been more
respectful!  At any rate, we have a
complete first aid surgical kit in the corner behind the boxes of astrolabes.
Him: That first aid kit is from the revolutionary war!
Me: Surely surgery hasn’t changed that much in 200 years?  More importantly, the Patricians are distinct
from the Horse Grenadiers, so they need to be together, and the 18th
century dress uniforms are getting mixed up with the scabbards.
Him: I am tired of arranging tiny little medals and tipping
over radio microphones and lining up military gear according to
advancements.  We can’t breathe for the
stink of ammonia coming from all the pharmacy bottles.  And having to explain to people which stuff
is navy and which is army and why is driving me insane.
Me: I saw a nice pith helmet, not in very good shape, but
attractive in San Telmo today.  We could attach all the
metals to the helmet to keep them in one spot.
Him: I am not dusting another freaking pith helmet!
And so on… 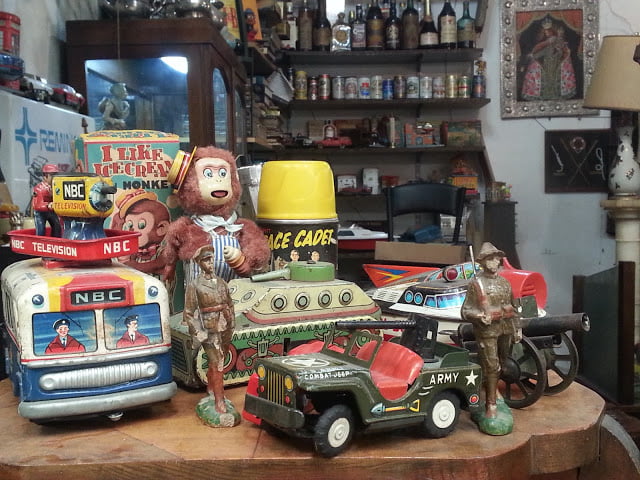